New at Bunim and Bannigan 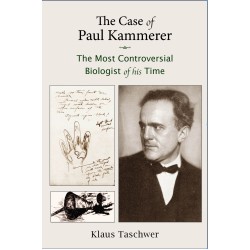 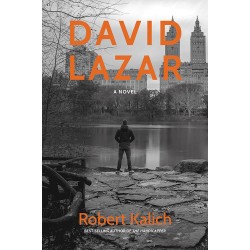 What happens when a husband has lived two lives and harbors a deep secret?

Robert Kalich blurs the lines between memoir and fiction to tell a timeless story of love and redemption, with a dash of noir.

David Lazar is a born and bred New Yorker reflecting on the arc of his life as he composes his memoir. Filled with colorful New York characters — childhood friends, business mentors, wealthy associates, organized crime figures, celebrities, and sports stars—and told by a complex and compelling narrator, the city from the 1950s up to the present comes alive. The Big Apple is Lazar’s cradle and his cauldron, and a life like Lazar's is unique to New York City.

A professional sports gambler, Lazar is haunted by the immoral nature of the very work that made him rich. His innermost being is shaken as he reimagines the dehumanizing nature of his work and former life. Did he sell his soul to make it? Is there redemption for wealth based on corruption and violence? If he is completely honest, does he risk losing what he cherishes the most: the love and respect of his wife and son? Lazar has a decision to make. This is the story of a perilous journey into the soul of a man who risks losing far more than he's ever won.

Welcome to the world of David Lazar, the world of doubt and self-doubt, where life is lived as a novel and a novel is truer than life.

Robert Kalich is the Author of several non-fiction books and two previous novels: The Investigation of Ariel Warning and The Handicapper, which was a national best-seller published by Crown. He co-founded a film company, The Kalich Organization, with his twin brother Richard who is an internationally acclaimed author. He lives with his wife and son in New York City and North Salem, N.Y. 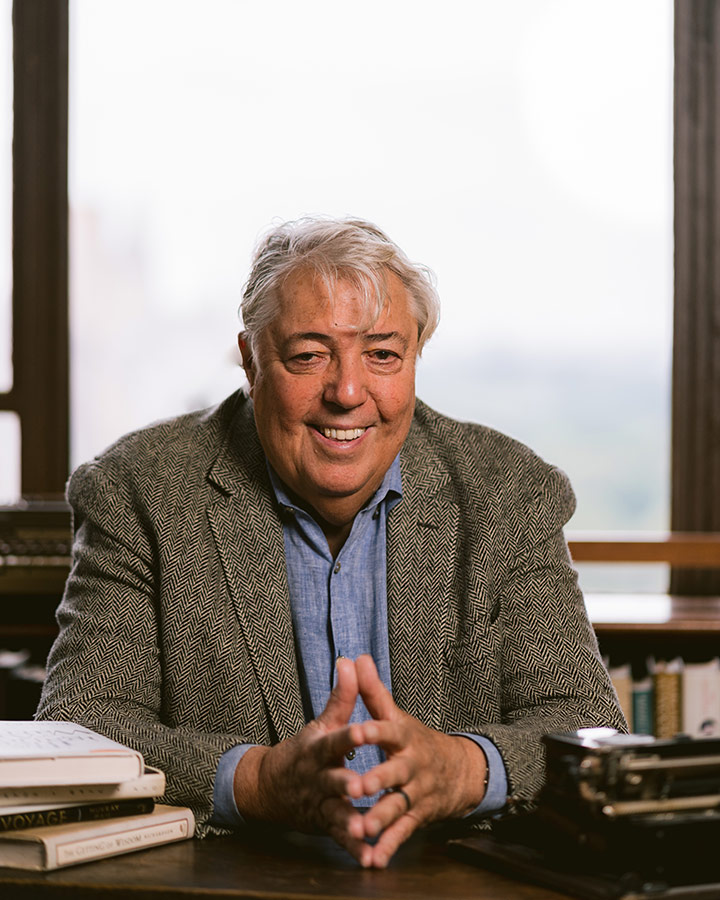 “If David Lazar were a song, it could only be sung by Frank Sinatra. As a book, it could only have been written by Robert Kalich. If it’s true that we’re all reduced to stories, Kalich has told one helluva one! Enjoy the ride.”
— TIM O’MARA, AUTHOR OF
THE RAYMOND DONNE MYSTERY SERIES

“In the hands of a vivid and cinematic storyteller, David Lazar’s winter-of-life soul search becomes an addictive journey, leaving the reader to wonder just how much Kalich has blurred the lines between memoir and fiction.”
— KAREN TINTORI, AUTHOR OF
UNTO THE DAUGHTERS: THE LEGACY OF AN HONOR
KILLING IN A SICILIAN-AMERICAN FAMILY

“David Lazar is a gripping story of choices and their consequences. It’s worth the journey.”
— IRA BERKOWITZ, SHAMUS AWARD-WINNING AUTHOR OF
THE JACKSON STEEG MYSTERY SERIES

“A truly disturbing look into the mind of a guy who could live next door—if you happen to live next door to a professional gambler who works with mobsters and wealthy businessmen and just happens to be the best college basketball handicapper in the business.”
— KENNETH WISHNIA, AUTHOR OF
23 SHADES OF BLACK, AND EDITOR OF JEWISH NOIR

“David Lazar is a refreshingly unabashed narrator, and his memory lane is populated by characters who are, well . . . characters! A most compelling read!”
— WENDY CORSI STAUB,
NEW YORK TIMES BEST-SELLING AUTHOR 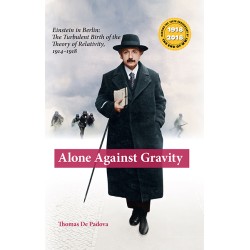 Alone Against Gravity - Einstein in Berlin

Einstein in Berlin: The Turbulent Birth of the Theory of Relativity, 1914-1918

This informative and suspenseful book depicts Albert Einstein in a new light and illustrates the emergence of his general theory of relativity in the midst of the first world war. It shows how far Einstein as a single researcher could reach, and how he transformed from being a 'pure' scientist and an apolitical man into a politically engaged person and a pacifist by conviction.

Berlin was the mecca of physics in the beginning of the 20thcentury. In April 1914, following an invitation initiated by Max Planck, Walther Nernst, Fritz Haber and the crème de la crème of Berlin’s scientists, the 35-year-old Einstein accepted a position at the prestigious Royal Prussian Academy of Sciences. Einstein wanted to take advantage of the academic freedom and the exchange of ideas in Berlin. His marriage was falling apart, and he had recently fallen in love with his cousin, Elsa Lowenthal who lived in Berlin. He looked forward to both factors of his new life there.

Four months later, Germany mobilized its army and the roaring voices of nationalism filled all the science centers. The outbreak of World War I suddenly changed the activities, minds and relationships of German scientists and of Einstein’s relationships to his colleagues, many of whom joined the war frenzy with violent nationalism. Some changed the focus of their work and created the first weapons of mass destruction. As the war began Einstein said he felt, “alone, like a drop of oil on water, isolated by attitude and cast of mind." However, he remained in the city and at his position.

Thomas de Padova is a physicist and science writer who lives in Berlin. He is the author of award-winning history of science books. In 2014 he was given a journalist-in-residence-fellowship at the Max-Planck-Institute for the History of Science, where he deepened his studies on Einstein and WWI to write this book. The author researched the correspondence, public speeches, newspaper articles and scientific papers of Albert Einstein, Max Planck, Fritz Haber, Walther Nernst, Max Born and other German scientists during 1910 to 1920. 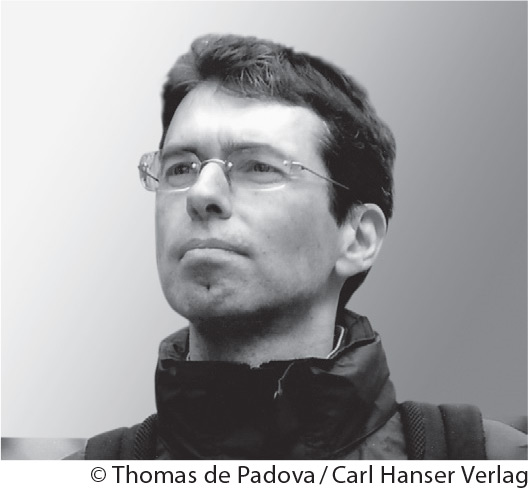 Alone Against Gravity explores why Einstein become a pacifist and how he began to devote himself to political issues.  It addresses why Einstein did not move back to Switzerland where he had citizenship and had been living previously. Most importantly, it shows how Einstein - working in the center of a collapsing world -  reinvents time and space and finishes his revolutionary theory about general relativity. 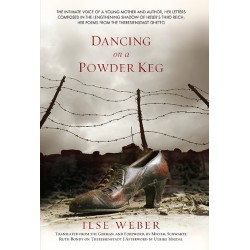 Dancing On A Powder Keg

Dancing on a Powder Keg

The Intimate Voice of a Young Mother and Author, Her Letters

Composed in the Shadow of Hitler’s Third Reich;

Her Poems from the Theresienstadt Ghetto

”I have read many accounts, but this account by someone who did not survive… is exceptional.”
- Prof. Yehuda Bauer, Yad Vashem

”This sobering, respectful collection brings a haunting legacy out of the viciousness of the war.”
- Karen Rigby, Foreword

“Dancing on a Powder Keg addresses the coming tide of the Holocaust, the heartache of saving a child by sending him away, and the reality and horror of Theresienstadt. This is a haunting and unnerving narrative of one woman’s world being destroyed.”
- Renita Last, Jewish Book Council

When asked, "Who is a heroine of the Holocaust?" most people immediately respond: Anne Frank. With the publication of her diary after war she became THE female icon of the Holocaust, though she was only a child. There were women who were also heroines, and their courageous stories are only now coming to light. "The fate of Jewish women and the specific problems they faced is a topic that has barely been touched upon," says Professor Yehuda Bauer of Yad Vashem and an international authority on the Holocaust. “I have read many accounts, but this one (Dancing on a Powder Keg) by someone who did not survive, and whose story has been reconstructed, is exceptional." he says.

Ilse Weber, from Czechoslovakia, deserves recognition. Dancing on a Powder Keg which contains 100 letters and 63 poems written by Ilse between 1933 and 1944 will endear her to the hearts of American readers. This is the first time Ilse's letters, songs, and poems, originally written in German, have been published in English. The book contains photographs, drawings, and two background essays by leading experts.

Ilse was a wife and mother, a radio personality, a musician, an author and a published poet. Dancing on a Powder Keg reveals her multi-faceted life living in Prague before the war.  It depicts how her family, career and emotions unraveled as the Nazis gained power.

Ilse, her husband Willy, and her younger son Tommy were imprisoned in the Theresienstadt ghetto from 1942-1944. Ilse worked in the children's infirmary and sang to the young patients. She risked her life writing poetry about the dire circumstances. Language offered a refuge and consolation to Ilse and her fellow inmates benefited from her writing.  Ilse's poems were recited and memorized by thousands of people in the ghetto, and survivors say the poems kept their spirits alive.

In 1944, Ilse volunteered to accompany the sick ghetto children on their transport to Auschwitz. Upon arrival, she sang her beautiful lullaby, Wiegala, to calm the children as they were led to the gas chambers. Both Ilse and her son Tommy perished along with them.  Wiegela has been recorded and performed by singers across Europe. It is currently featured in the Tony nominated Broadway show Indecent. Ilse's poignant poem Letter to My Son is featured on a YouTube video, with Ilse's grandson in the audience. (Ilse's family and the miraculous discovery of the letters provides another layer to her story narrated in Ulrike Migdal's afterword).